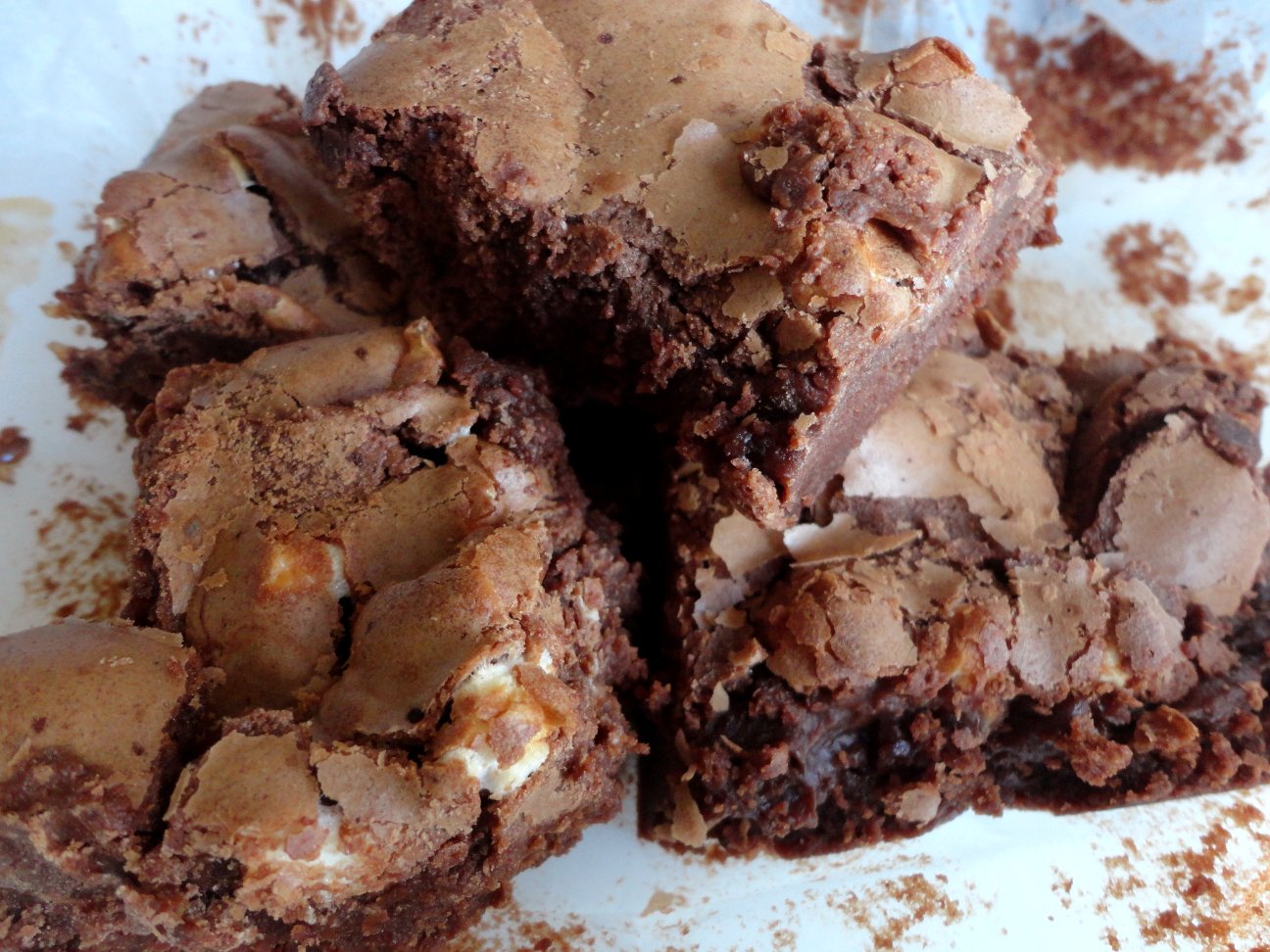 A well-made brownie is a fine thing. Those stale, sad, flavourless specimens have so little in common with the proper kind, whether the latter are home made or shop baked. There are many opinions about makes the perfect brownie–I like it with deep and strong dark chocolate, thin crackly crust, and a soft, gooey middle. The recipe I’ve used since 17 years old to get such brownies is a slightly adapted version from Nigella Lawson’s ‘How To Be a Domestic Goddess.’ I’ve scaled it down, added cocoa powder, and mixed everything in a bowl instead (doing straight it in the pan made greasy brownies). And I thought that was that, you know–doing anything else would be superfluous. They were exactly the right kind of brownie for me.

you know how the story goes!

– I saw a recipe for marshmallow brownies on the BBC Food site at the beginning of November. Chilli-flavoured chocolate was also suggested. I love both of those things. Goodness. My dissolution was near: I had to make these.

Sorry to be overdramatic over mere baked goods. Oh, no, wait, allow me one last thing: obviously if you run screaming from any of the components in this recipe, these are not the brownies for you. Yep. Sorry. That’s all.

But if you are open to persuasion: adding spiced chocolate (or indeed powdered spices) to your brownies deepens their fragrance and warmth, while the marshmallows half-melt into the batter, creating an especially crisp sugary crust with a hint of vanilla, and deepening the overall fudgy, slightly chewy texture. Try it with either or both and let me know how it goes…

Get the recipe here on MouthLondon. :-{D